Neuromodulation therapies for the ischemic heart 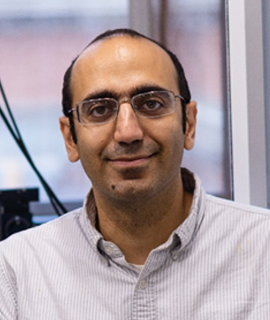 The cardiac autonomic nervous system, which involves the intrinsic cardiac nervous system, intrathoracic extracardiac ganglia, and central nervous system, modulates every aspect of cardiac function. Autonomic imbalance by sympathetic activation and parasympathetic dysfunction increases the risk of heart failure and sudden cardiac death (SCD). Ventricular tachyarrhythmias are the primary cause of SCD and there is a critical need for better novel therapies. Myocardial ischemia induces changes in the cardiac nervous system that modulate cardiac function in response to afferent inputs by increasing the sympathetic tone. Myocardial ischemia-induced sympathoexcitation results in a higher risk of arrhythmias and it is fundamental to the progression of SCD. Cardiac neuromodulation therapies including spinal cord stimulation (SCS) or vagus nerve stimulation (VNS) are known to mitigate the ischemia-induced afferent hyperexcitation and sympathoexcitation by modulating the cardiac nervous system at different levels (intrinsic cardiac nervous system, intrathoracic extracardiac ganglia, and central nervous system) to provide preserve cardiac function in an ischemic heart. SCS directly modulates the dorsal horn neurons and preganglionic sympathetic neurons and it provides the anti-arrhythmic effect by suppressing both afferent and sympathetic efferent traffic. VNS directly modulates the afferent and parasympathetic efferent fibers that cause higher parasympathetic outflow which is shown to reduce ischemia-driven ventricular arrhythmias, decrease the release of cardiac norepinephrine, reduce inflammation, stabilize peripheral reflex function. VNS also decreases the sympathetic tone by modulation of the afferent neurons and restores a physiological balance between energy demands and the energy supply of the failing myocardium. Multiple preclinical studies have shown the beneficial effect of VNS and SCS on cardiac disease including myocardial ischemia, heart failure, and arrhythmias. However, the clinical application of VNS and SCS in humans has been equivocal when compared to animal models. The lack of clinical translation is likely due to our incomplete understanding of the mechanisms through which the VNS and SCS work and the lack of optimal stimulation parameters. The major goal of this talk is to provide two promising examples of neuromodulation therapies for myocardial ischemia.

Dr. Salavatian is a scientist in the field of neurocardiology and neurophysiology. He received his doctorate in Biomedical Engineering at the University of Montreal (UdeM), with postdoctoral training at University of California, Los Angeles (UCLA) Cardiac Arrhythmia Center. He has a Master of Engineering in Computer and Electrical Engineering and he has applied engineering tools in his medical research. His main area of research is to investigate the neural remodeling that occurs in the autonomic nervous system in heart diseases and assess potential cardiac neuromodulation therapies.