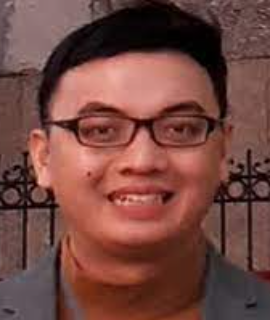 Title : Current paradigm on how to approach Atrial Flutter in young population with no identifiable Coronary Risk Factors

Atrial flutter is a form of arrhythymia resulted from rapid spontaneously formed electrical circuit in the atrium. Atrial flutter can be caused by scarring of the heart resulting from prior cardiac disease or heart surgery, but it can also occur in some patients with no other identifiable heart problems.
Case Illustration:  A 35-year-old male, came to our hospital with chief complaint of high fever since 5 days before admission. He complained of shivering with nausea, vomiting, decreased appetite, epigastrium pain, joint pain, and diarrhea. Since 1 day before admission he started to have difficulties in breathing with palpitation. On admission, he admitted increased palpitation. He has no history of hypertension, diabetes, or any heart disease. On physical exam, the irregular heart rate was noticed without any signs of murmur or gallops. No cardiomegaly on chest x-ray and relatively normal systolic and diastolic functions examined on echocardiography without any thrombus identified.
Discussion:
Initiation of atrial flutter starts from electrical activity resulted from circuitry formed in the atria, which intervene the normal firing of electricity from the sinoatrial node. The rapid beating of the atria can in turn cause the ventricles to beat rapidly. Studies from the Marshfield Epidemiologic reported the incidence rate of atrial flutter in those younger than 50 years is 5/100.000. The classification by Puech and Grolleau described two types of atrial flutter i.e., type ‘common’ – predominantly negative biphasic flutter waves were seen in inferior leads with a sawtooth pattern, which preceded the positivity in V1 and type ‘rare’ or ‘atypical’ –  if the ECG morphology was different from the common type.
Atrial flutter usually occurs from 2 broad identifiable causes, i.e., ischemic and non ischemic atrial flutter. Usually ischemic atrial flutter occurs in patients with previous myocardial infarction resulted from accumulation of coronary risk factors such as diabetes, hypertension, dyslipidemia, or  obesity. In this case we encountered an atrial flutter which is non ischemic in nature. The patient is a young male with no identifiable risk factors who developed atrial flutter in presentation. We treated this patient with rate and rhythym control agents, and anticoagulation properly. Suspectedly we relate the atrial flutter with dehydration occurred in this patient due to decreased appetite for days. After proper intravenous fluid replacements and hydration the atrial flutter disappearred on ECG evaluation the day before discharge.
Conclusion:
Atrial flutter in special population like young age is not common, especially if the patients has no identifiable risk factors. Specialized diagnostics is needed to identify non ischemic nature of the culprit and hence treat the patients accordingly.

Dr. Jeffri Aloys Gunawan, SpPD accomplished his general medicine education at the age of 24 years-old from Universitas Padjadjaran and specialty program in internal medicine (internist) in 2018 in Universitas Indonesia. Previously he had completed 2 years period as intern staff in Cipto Mangunkusumo Hospital, specifically for research in Division of Endocrinology, Department of Internal Medicine and concurrently involved in research held by Indonesian Society of Gastroenterology. He has published several research articles and clinical cases in reputed international journals including in European Society of Cardiology. Currently he conducted studies in internal medicine and routinely practicing internal medicine in several hospitals in Indonesia.