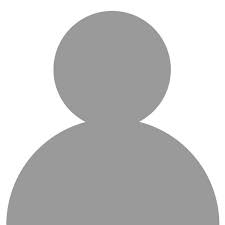 Methods: Country-specific data of natural disaster impacts, DALYs due to IHD and socioeconomic variables, were obtained from open sources for two equal periods(1990–2003 and 2004–2017). A population-based trend ecological design was conducted to estimate the association between trends in DALYs and natural disasters (occurrence, casualties and total damage), adjusting for socioeconomic variables.

Results: Most countries have experienced increases in natural disaster occurrences and decreases in DALYs during this study period. The unadjusted correlation analysis demonstrated a positive and significant correlation between DALYs and natural disasters for females and for both sexes (R=0.163 and 0.146, p=0.024 and 0.043), and a marginally significant correlation for males(R=0.128, p=0.076). After adjusting for socioeconomic variables, multiple linear regression demonstrated independent associations between the occurrence and DALYs due to IHD for males, females and both sexes (standardized coefficients=0.192, 0.23 and 0.187, p=0.016,0.004 and 0.022).

Conclusions: A weak but significantly positive association between natural disaster and IHD was confirmed and quantified at the global level by this DALY metric analysis. Adaptation strategies for natural disaster responses and IHD disease burden reduction need to be developed.

I'm a postgraduate student in Chengdu Medical College graduated from Chengdu University of Traditional Chinese Medicine. During the undergraduate period, I won several national and university-level scholarships and was awarded as an outstanding graduate.