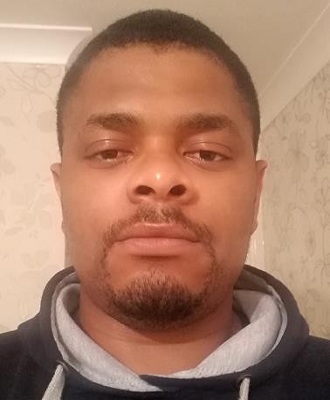 Cardiac Resynchronization Therapy (CRT) is a non-surgical device treatment of heart failure with reduced ejection fraction after an unsatisfactory response to optimal tolerated medical therapy. Response to CRT has been non-uniform with some patients failing to respond despite meeting the selection criteria. The study assessed the contribution of the background treatment modality for myocardial infarction to CRT response and the post CRT events in patients with ischaemic cardiomyopathy.

The study was a retrospective analysis of electronic records of consecutive patients who had CRT implantation for ischaemic cardiomyopathy between March 2017 to February 2019. Only 33 of the 80 patients who underwent CRT during this period meant the selection criteria and were included. This cohort was sub grouped, based on the most advanced management received for ischaemic heart disease prior to CRT viz. medical, percutaneous coronary intervention (PCI) and coronary artery bypass grafting (CABG). The echocardiographic measurements pre and approximately one year post CRT were analysed. At least 15% reduction in left ventricular end systolic volume (LVESV) was defined as a positive response. Events (ventricular arrhythmias treated with shocks/ anti-tachycardia pacing, admission for heart failure and mortality) developing within two years of receiving the CRT were also analysed.

The mean age of participants was 75.3 ± 8.1 years with males constituting 84.8%. The medical, PCI and CABG groups constituted 27.3%, 33.3% and 39.4% respectively. The mean LVESV prior to the intervention was 123.8 ± 56.2ml while the mean LVESV post CRT was 104.8 ± 45.9ml. The proportion of responders was 88.9%, 72.7% and 30.8% for the medically treated, PCI and CABG group respectively (ρ = 0.014). At the two-year post CRT review, 15.2% of patients received at least a single ATP, 6.1% had treatment with at least a shock, 9.1% were admitted for heart failure and another 9.1% had died. There was no statistically significant difference in the post CRT ventricular arrhythmias treated with ATP/ shocks, admission for heart failure, mortality and composite of these outcomes between the three prior treatment groups.

Interventional naive (medically managed) ischaemic cardiomyopathy patients appear to have a better response to CRT compared with those with prior PCIs and CABGs. Background management modality of ischaemic heart disease may be an important consideration when selecting this cohort for CRT implantation.
Intended benefits to audience:
It will provide entirely new perspective for the selection of patients with ischaemic cardiomyopathy for CRT
It will provide some explanation for the non-uniform response to CRT
It will provide the audience with entirely new research ideology

Dr Christopher Osarumen Osagie graduated from the School of Medicine, University of Benin, Nigeria in 2008 and completed his Internship and National Youth Service in 2010 and 2011 respectively. He then worked as a Medical Officer with the Nigeria National Petroleum Corporation between 2011 and 2013. He did his residency training in Internal Medicine between 2013 – 2016 and progressed to Cardiology Training at the same centre (University College Hospital, Ibadan) between 2016 and 2019. He joined the Royal Wolver hampton NHS Trust as a Cardiology Fellow in 2019.