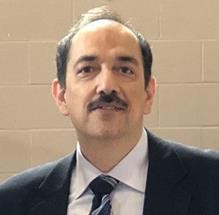 Atherosclerotic renal artery stenosis (ARAS) is a major comorbid condition in patients with coronary artery disease (CAD) which remains underdiagnosed due to nonspecific demonstrations. The most important consequences of ARAS are secondary hypertension and ischemic nephropathy that can progress to end-stage renal disease (ESRD) in 6–17% of patients. The presence of ARAS is not only the most common potentially reversible disorder leading to renal replacement therapy, but it has also been independently associated with increased mortality, particularly in patients with CAD and ESRD. The aim of this study was to detect the prevalence and predictors of ARAS in patients referred for elective coronary angiography. The clinical and procedural data of all patients included in this study were retrieved for analysis from our computerized database (Tehran Heart Center -Coronary Angiography Data Bank). Between October 2009 and July 2011, a total of 18,419 cardiac catheterizations were performed for evaluation of undiagnosed chest pain or anginal equivalent in suspected CAD patients at our centre. The records of all 866 (4.7%) patients aged ≥ 21 years undergoing simultaneous coronary and renal angiography were used for statistical analyses. Using standard angiographic techniques, coronary angiographies were performed from the percutaneous femoral approach. The presence and severity of CAD was determined by clinical vessel score as well as Gensini score. The degree of ARAS stenosis was estimated visually by the attended experienced interventional cardiologists. Lesions with estimated stenosis of ≥ 50% considered to be significant. Multivariable stepwise logistic regression models were used to identify risk factors predicting the presence and extent of ARAS (i.e., from no ARAS to unilateral and from unilateral to bilateral ARAS). Using significant ARAS as the dependent variable, six variables were identified as independent predictors significantly associated with the presence of ARAS including age, female sex, hypertension, history of renal failure, left anterior descending (LAD) stenosis > 50%, and left circumflex (LCX) stenosis > 50%. Gensini score was not found a predictor for the presence of ARAS, but it was associated with a trend towards more extent ARAS (adjusted OR= 1.00, 95% CI= 1.00-1.01; p= 0.039). Other independent determinants of ARAS extent were the same as the predictors for ARAS presence. The predictive performance of the risk model assessed by using the area under the ROC curve (AUC) was good (c= 0.70). Because Hosmer-Lemeshow p-value was 0.52 (p < 0.05 indicates a poor fit), the model was also found to fit the data well. Given the progressive nature of ARAS and the need for its early detection and intervention, our data suggest that in patients referred to coronary angiography, female sex, advanced age, significant CAD stenoses in LAD and LCX coronary vessels, hypertension, and history of renal failure may be strong predictors of ARAS, and dual investigation (i.e., renal catheterization in combination with coronary angiography) should be considered in high risk patients with multiple risk factors.

Dr. Goodarzynejad is an internationally trained medical doctor graduated in 1997. He then joined the Department of Basic and Clinical Research at Tehran University Heart Center. He received his PhD degree in 2015 at the same institution. His research focuses on risk factors for coronary artery disease. In particular, he is interested in sex differences in cardiovascular disease and studying HDL cholesterol and also in the genetic basis of coronary disease. He has published more than 60 research articles in Science Citation Index (SCI) journals and currently works as a Research Associate at Toronto Rehabilitation Institute (KITE).