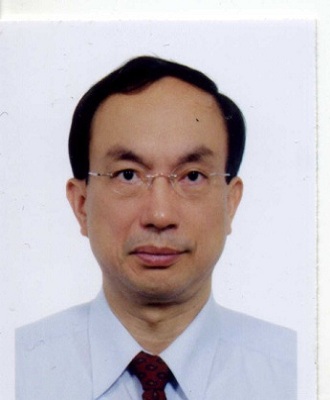 Penile vascular surgery for the treatment of erectile dysfunction (ED) has been extensively studied across recent three centuries. It is still regarded with caution. We sought to provide an overview of the publications and new developments in this field over the latest decades. Recent studies support a penile vascular assembly in which the tunica albuginea of the corpora cavernosa (CC) is a bi-layered structure with a 360° complete inner circular layer and a 300° incomplete outer longitudinal coat whereby penile erection-related vasculature interacts with the collagen bundles. Meanwhile, chronological studies demonstrate CC drainage veins compose of one deep dorsal vein, two cavernosal veins, and four para-arterial veins between Buck's fascia and the tunica albuginea as opposed to just one deep dorsal vein in the convention version. Thus the emissary veins can be easily occluded by the shearing action elicited by the inner and outer layers of the tunica albuginea. CC is the most ideal milieu for applying Pascal’s Law if no venous leak in the entire human body. Recent hemodynamic studies disclose the penile veins play a pivotal role in rigid erection on fresh and defrosted human cadavers despite the lack of endothelial activity and corporeal-venous occlusion function occurs at the transition point of inner and outer tunica albuginea. Overall, reports on revascularization surgery support its utility in arterial trauma in young males, and with a localized arterial occlusive disease in the older male. Penile venous stripping surgery has been shown to be beneficial in correcting veno-occlusive dysfunction, with outstanding results particularly feasible in most ED males. The traditional complications of irreversible penile numbness and deformity have been virtually eliminated with the venous ligation technique superseding venous cautery. Penile vascular (arterial and venous) reconstructive surgery is viable if, and only if, the surgical handling is properly carried out using a sound method. It ought to be promising in the near future.

What will the audience learn from your presentation?
·Penile vascular surgery deserves a promising view rather the being abandoned in most medical societies. It is resulting from the innovative penile fibro-vascular assembly. The audience is alerted from multiple disciplinary such as the plastic surgeon, vascular surgeon, urologist, andrologist, sexual medicines professional and family practitioner, and even pharmacology researcher.·Give the penile detailed anatomy, erection physiology is disclosed, and penile vascular surgery is the only natural way for restoring erectile function.
·It is helpful to clear the controversy on penile vascular surgery for treating impotence across three centuries.

Since 1985, Dr Geng-Long Hsu, formerly a clinical professor at China Medical University, has developed a series of potency rejuvenating surgeries, including penile venous stripping, morphology reconstruction, and implantation, in tandem with innovative penile anatomy and erection physiology. In 2003, he was a director of microsurgery potency reconstruction at Taipei Medical University Hospital. Afterward, he established Hsu’s Andrology which serves as both clinical practice and research works. In 2012, his latest method of penile venous stripping, via acupuncture-assisted local anesthesia on an ambulatory basis, was granted a USPTO patent. He hopes this surgery will be studied and practiced worldwide.